The iHeartRadio Music Awards are around the corner! IHeartRadio announced that Usher will be hosting and performing at the May 27 awards show with The Weeknd, Ariana Grande, Silk Sonic’s Anderson.Paak and Bruno Mars, Dan + Shay, and Doja Cat set to perform. “I’m excited to be hosting and performing during the 2021 iHeartRadio Music Awards,” Usher, 42, said in a press release. “This year’s show includes an incredible lineup of exceptionally talented artists. It’s going to be a great time!”

Honored this year with the Icon Award will be Elton John with Lil Nas X and Coldplay’s Chris Martin presenting the legendary singer with the award. He’s only the second artist to earn the award after Bon Jovi did in 2018. Among those set to make appearances are Taylor Swift, Dua Lipa, Megan Thee Stallion, twenty one pilots and Roddy Ricch. Swift is the artist with the most wins in iHeartRadio Music Award history with 13, followed by Drake with 12 and Bruno Mars with nine. 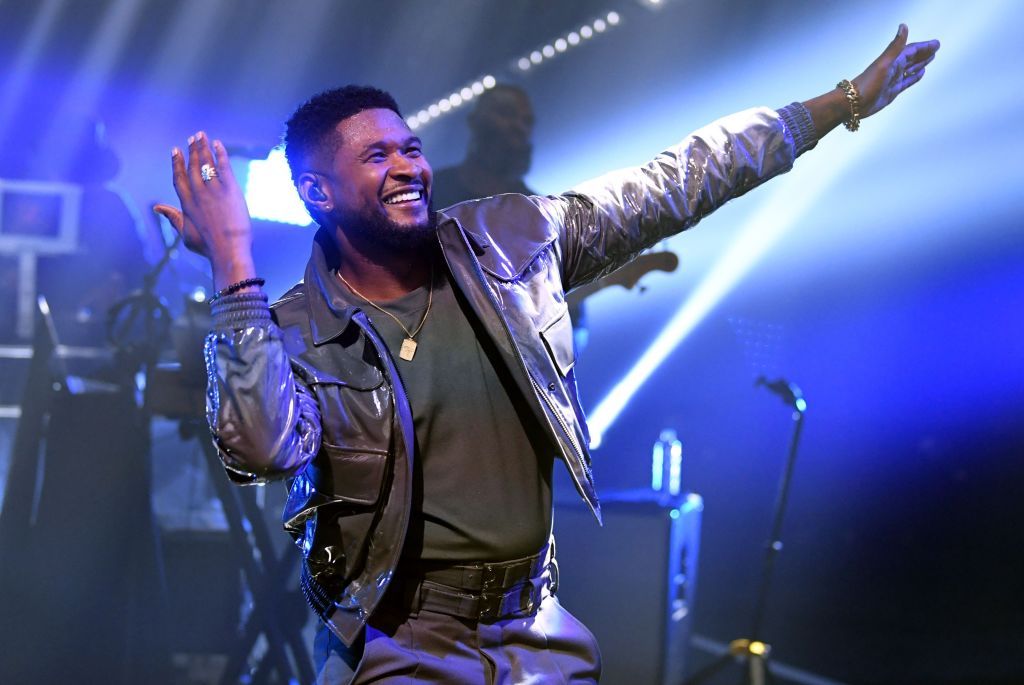 This year, The Weeknd, Megan Thee Stallion, Roddy Ricch, Harry Styles and Justin Bieber lead in most nominations. Among the tracks up for song of the year are The Weeknd’s “Blinding Lights,” Post Malone’s “Circles,” Dua Lipa’s “Don’t Start Now,” DaBaby’s “ROCKSTAR” and Styles’ “Watermelon Sugar.” Other solo hitmakers in the 2021 group of nominees with more than two nominations include Taylor Swift, Dua Lipa, Ariana Grande and Blake Shelton. The Jonas Brothers, Maroon 5 and K-pop sensations BTS are among the nominees for the best duo/group of the year alongside Dan + Shay and Twenty One Pilots.

Last year, the awards show was held virtually in September with “Truth Hurts” by Lizzo earning the highly coveted song of the year award. The iHeartRadio Music Awards are set to air on FOX May 27 a 8 pm ET.