Olympic gold medalist and two-time Women’s World Cup champion Megan Rapinoe has become an unstoppable force on and off the field. Raised in a small rural town in Northern California, the youngest of six, Megan Rapinoe was four years old when she kicked her first soccer ball. Her parents encouraged her love for the game but taught her that winning was much less important than how she lived her life. From childhood on, Rapinoe always did what she could to stand up for what was right. Since 2018, she co-captains the national team alongside Carli Lloyd and Alex Morgan. One of the biggest, most memorable moments was during overtime against Brazil in the quarterfinals of the 2011 World Cup. Rapinoe sent a fifty-yard wonder-cross to teammate Abby Wambach in overtime. This goal holds the record for the latest goal ever scored in a World Cup match.

Following the match against Brazil, Rapinoe was named ESPN’s Next Level Player of the Week for completing 5 of 10 crosses while the rest of the team was 0 for 18. She helped lead the United States to win the gold medal at the 2012 Olympic Games in London. The United States team won the gold medal after defeating Japan 2-1 at Wembley Stadium in front of 80,203 spectators- the largest crowd ever for a women’s Olympic soccer game. Rapinoe assisted Carli Lloyd’s second goal of the final in the 53rd minute. She ended the tournament with three goals and a team-high of four assists (tied with Alex Morgan). Widely regarded as one of the top players of the Olympics, Rapinoe was named on a few ‘Team of the Tournament’ lists include those selected by the BBC and All White Kit. Rapinoe achieved a career-best of 8 goals and 12 assists for the United States in 2012. 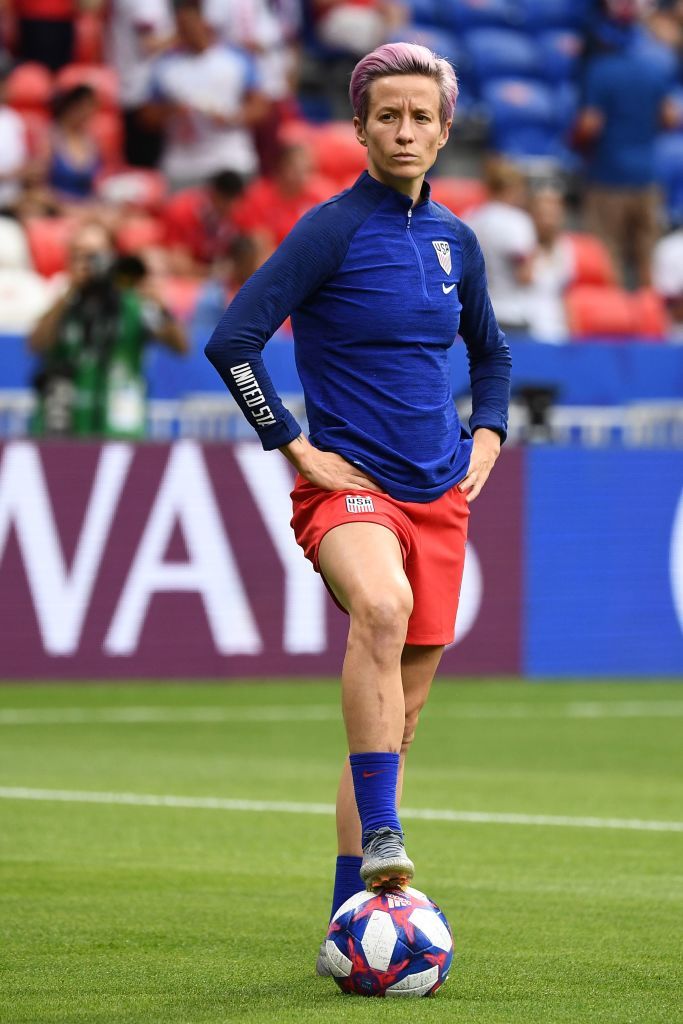 Because of an injured hamstring, Rapinoe was forced to sit out of the United States’ semi-final victory over England, but she recovered in time to start in the 2019 FIFA Women’s World Cup Final.[128] During the final on July 7 in front of a sold-out crowd of 57,900 fans at Parc Olympique Lyonnais, Rapinoe scored her 50th international goal on a penalty kick in the 61st minute. At age 34, Rapinoe was the oldest woman to score in a World Cup final and was named Player of the Match. She was awarded the Golden Boot as the top scorer in the tournament with six goals, having played fewer minutes than her teammate Alex Morgan and England’s Ellen White, who also recorded six goals. Rapinoe also earned the Golden Ball award as the best player at the tournament.
You may also like
Laptop Bags vs Laptop Sleeves
Laptop Bag or Laptop Sleeve – Which one is better?
Claire Miles -
Winter Dresses
The next big thing.
Claire Miles -
El Camino: A Review
If you loved Breaking Bad, you’ll love El Camino too!
Andrew Parker -
Beginner Tips To Learning A Musical
Here are some tips that will keep you motivated while you master that instrument.
Andrew Parker -
Open Chunky Cardigans
Are they old-fashioned?
Andrew Parker -
TMT Live Preview
geoedge-origin-div
gesource
geparentscriptid
getagid
bidswitch.net%2Fpreview
riskiq